The 1967 Indy 500 was famous for the STP Turbine car. A fascinating work of automotive technology by the Granatelli brothers. The car led almost the whole race until a small part failed 3 laps from the end. The race was won for the 3rd time by A. J. Foyte in this Coyote Ford car. It was a modified form of Lotus.

The 1968 Indy 500 featured 3 new four wheel drive Lotus Turbine cars sponsored by STP and the Granatelli brothers. These cars all failed to finish with the car driven by Joe Leonard failing 7 laps from the end. The winning car was this Eagle chasis driven by Bobby Unser. It was the first turbo charged car to win as well as the first Eagle to win the 500. 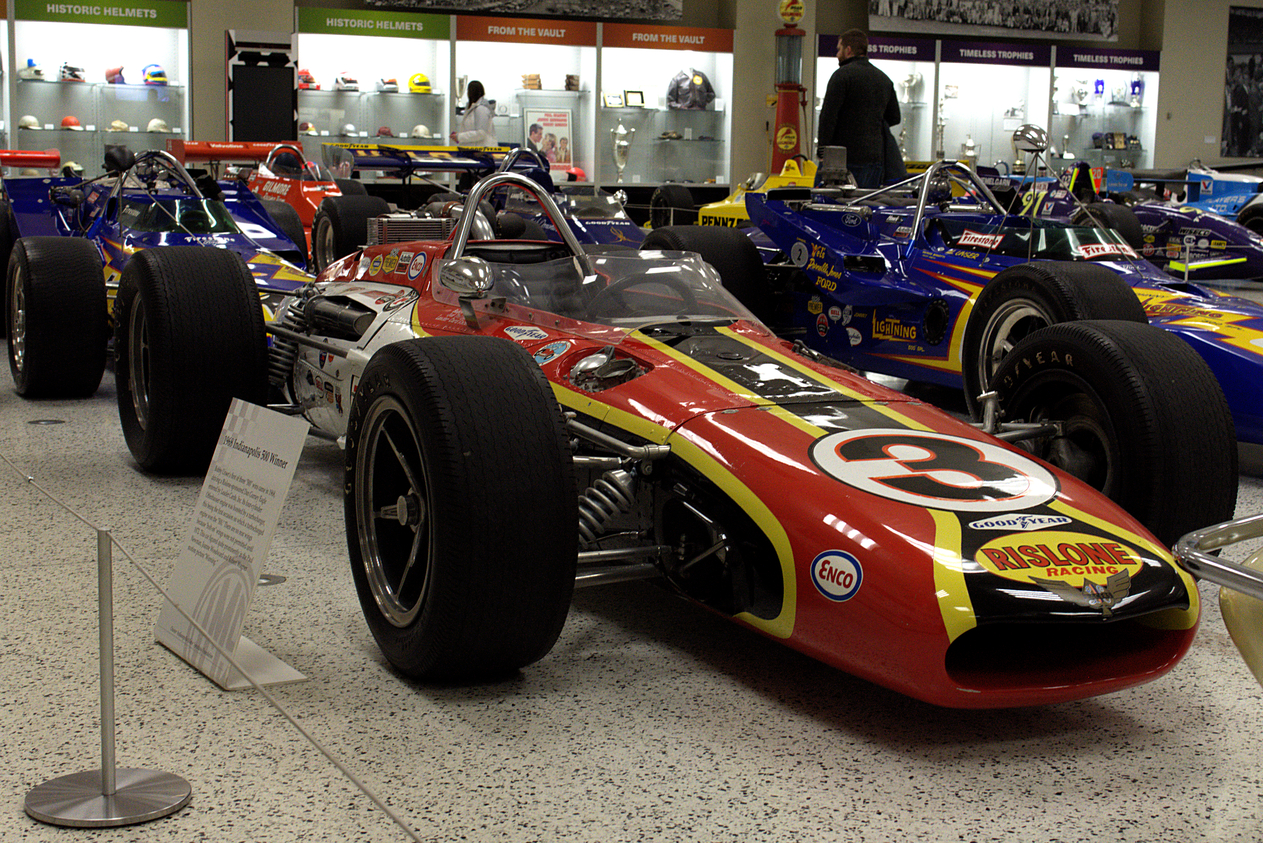