Questions have arisen based on some of my reading and discussions with friends. The United States has implemented (via Article II, section 2 of the Constitution, link) civilian control of the military (Civilian Control of Military Relations, CMR for short). The President is commander in chief of all branches of the military which means his commands ultimately must be obeyed. But what does this mean in practice? How does it play out in practical terms? Can Admirals and Generals make suggestions or complaints about policy? Must they remain silent and obey without comment when a policy or command is being developed? What about policies that are failing, can a commander tell the truth about this?

As you can see, military personel swear an aligence to the US Constitution and at the same time obedience to the President. But how does a soldier or sailor determine when to follow one over the other?

Below are some resources for consideration. I may provide more thoughts as I digest and process these.

The Insurgents, David Pratraeus and the Plot to Change the American Way of War (link). 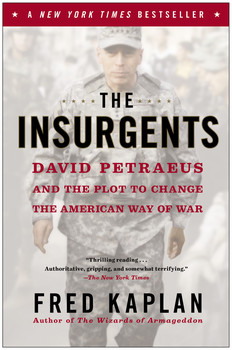 Here are some relevant quotes from this book.

"H.R. McMaster had made his mark as an Army rebel a decade earlier, when his PhD dissertation was published as a book, provocatively titled Dereliction of Duty: Lyndon Johson, Robert McNamara, the Joint Chiefs of Staff, and the Lies That Led to Vietnam.

Based on extensive research into declassified files, the book argued that in the mid-to-late-1960s, the Pentagon’s top generals betrayed their constitutional duties by failing to express their honest military judgments to the president and the secretary of defense as the nation plunged into the quagmire of Vietnam."

Notice here that McMaster does not mention the need to go against CMR but that the generals went against their obligations to the Constitution.

"The Red Crescent is like our Red Cross, Rumsfeld said in a tone half condescending, half bullying.

Patraeus had no patience for either attitude, and he smacked back hard. That’s very good, he replied in a slow, singsong voice, as if he were teaching math to a slow third-grader. But, he went on, we have very firm intelligence that a slice of Red Crescent is supporting terrorist operations.

Rumsfeld respected a certain amount of pushback; he’d been puzzled why so many generals cowered at his criticism. (Most of thes generals, in turn, wondered if Rumsfeld didn’t grasp the American officer corps’s post-MacArthur allegiance to the principle of civilian control, which made them disinclined to talk back to a secretary of defense.)"

Here the author suggests a practice of CMR that perhaps came into being due to the events of Trueman's dismissal of General MacArthur during the Korean war. It appears that Patraeus was not bound by this practice or was not aware of it, not indoctrinated into it?